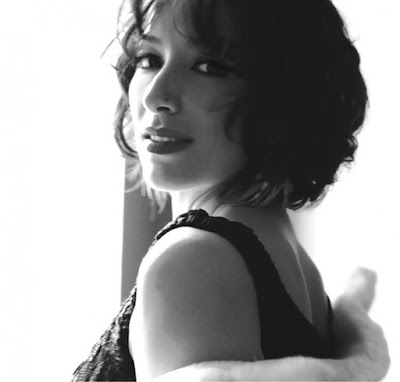 Elin Kathleen Melgarejo
Jazz / Bossanova / Pop
Born and raised in Sweden by an Irish mother and a Peruvian father. Grew up in three distinct cultures and continents - Europe, North and South America. Oldest of six children, fluent in five languages, seven-year resident of New York City, instrumentalist and student of music since the age of seven, and utterly obsessed with Brazilian music! ---This should give you a start at understanding the colorful complexities and remarkable adventures from which Elin draws her inspirations and expressions. ---Her debut album, Lazy Afternoon, showcasing a sublime mix of Brazilian and American classics combined with original songs, was released on September 5th, 2006, and is now available for purchase in retail stores across the US and world-wide at all major online stores. The album has been on the JazzWeek charts since its release, and recently peaked at 6 on the World Music Chart, and 4 on the College Jazz Chart.
Web Site:
http://www.myspace.com/elinsings