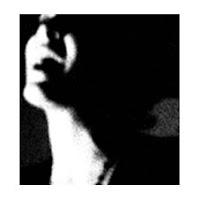 Rita Maria is a São Paulo singer and composer, who always developed an unknown and authorial work. The first work of her career is the album “FORA DE ÓRBITA” – an independent recording distributed by Tratore. Since 2006, Rita Maria has developed with the composer Isla Jai, a new acoustic project within the organic music spirit, named "Laboratório". Meetings among musicians, that allows the experimentation, improvisation, the individual, organic musical search, resulting in the development / construction of the repertoire, de discovering of the sounds, the textures, in a free and spontaneous way of playing music. The project started in April 2007 at the Sound and Image Museum (Museu da Imagem e do Som - MIS) in São Paulo, with the participation of the percussion and drum player Sergio Reze, a musician with a different stile who has been searching for new sounds for a while. She is also part of CORALUSP, at the group directed by Tiago Pinheiro. This group develops an antique music repertoire (medieval and renascent) and recorded an album, “CANÇÕES SECULARES” (Century Songs), launched in 2003. Recently the group took part of the Cachuera project of Music in a CD launched in 2006, with the score Lês Cris de Paris by Clément Janequin.Her musical studies includes lyrical singing classes (with Elenis Guimarães at the Escola Municipal de Música of São Paulo), popular singing with Beth Amin and Regina Machado, body percussion (with Fernando Barbosa – barbatuques), piano, vocal improvisation, vocal arrangement and choir management.Rita Maria is a popular singing teacher in well-known schools of São Paulo (Espaço Musical, Canto do Brasil and Intermezzo). She is now preparing the recording of her second album, under Gilberto Assis production.