Daniel Bertolone started playing at age 12, after listening to jazz guitarist Charlie Christian. He memorized all of Charlies solos note by note from a Benny Goodman Big Band vynil record and also from another vynil record named "From spirituals to Swing".Daniel began to play professionally at that age, and was a member of two of Uruguay·s well known bands of the 70s, namely, "Opus Alfa" and "Dias de Blues".In 1973, Daniel moved to Australia and continued to play in many different rock,soul,funk,blues,r&b,latin,latinjazz and pop bands,thus broading his musical palette.Because of such exposure to so many different styles he considers himself a fusion guitarist, although never forgetting, and still loyal to his jazz beginnings.In 2003 he returned definitively to his home country, Uruguay, where he continues to develop a style which includes all his influences,but with a clear and personal approach to music.He leads the jazz-latin-world/music-fusion band Madretierra, a follow up of ConFusion, his first band since he returned to Uruguay, is a member of the Jazz Market Quintet,a straight ahead jazz project, works as a freelance studio musician,and teaches guitar and jazz improvisation in AUDEM,(Uruguay·s musician·s Union Conservatory) His approach to music is based on the concept that "your soloing can only be as good as the band you are playing with", so he pays particular attention and selects carefully the musicians for his bands,or the ones he plays with;this approach is not based on classigying other colleagues as good or bad,but rather,is a question of musical chemistry..... 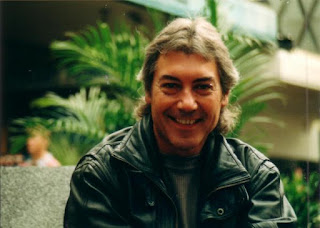