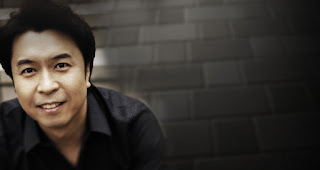 I was Born in Kobe, Japan in 1961. and began playing organ at the age of 2 (according to my parents???), and started improvising at the age of 7. Appeared on television with my father, Minoru from 1968-1970.At the age of 12, I started to play piano because I heard Oscar Peterson and completely fell in love with Oscar's music. I appeared on a few major jazz festivals in Japan as a pianist of a professional Big band named "TADAO KITANO and Arrow Jazz Orchestra" while attending high school. Slowly started to gig in Boston area as a student, and finally met Gary Burton, who now is the vice president of Berklee, by the way.In 1983, I signed the contract with CBS, and released my first and self titled album named "Makoto Ozone" which contains all of my own compositions. At the same time, I joined Gary Burton quartet, and started to tour around the world. I had my debut solo piano concert at "Carnegie Hall" as a part of "Coal Jazz Festival". I ended up recording 3 more albums for CBS, "AFTER", "Now You Know", and one CD called "Spring is Here" which contained jazz standards (this album was for Japan release back to only). Before I moved Japan in 1989, I appeared as a guest on other artist's albums such as Paquito D'rivera, Marc Johnson, Chuck Loeb, and of course, I played on Gary Burton's album, too.
In 1996, I met 2 extraordinary musicians. The bassist Kiyoshi Kitagawa, and the drummer Clarence Penn, on "The Floating jazz festival" on S.S.Norway. We immediately went into the studio and recorded an album "THE TRIO" which won the Best Jazz of Japan '97 award by Swing Journal. We recorded another album with all original compositions of Makoto's called "Three Wishes", and immediately after this project, we recorded an album entitled "Dear Oscar" which, of course, is a dedication to Oscar Peterson which also won "the Best jazz of Japan award '98 ".