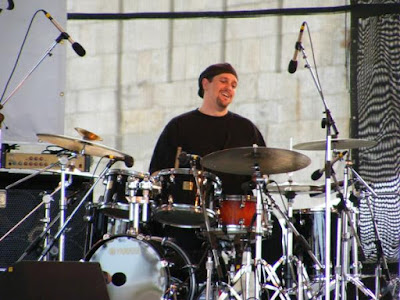 Coming from a musical family, Mauricio Zottarelli has been living and breathing music ever since he can remember. Born in Santos, SP, Brazil, he moved with his parents to their hometown, Rio Claro, SP, still as a toddler. With the city's and country 's rich music and culture traditions all around him, Mauricio grew up in a highly musical environment, and it was just a matter of time before he chose a career in music - or as he puts it, music chose him.

His first few years of professional experience as a drummer included studio and session work, performing throughout his native country with several Brazilian groups and artists while, at the same time, getting a degree in Computer Science.

Mauricio moved to the US in 1999 as a scholarship student to study at Berklee College of Music, in Boston - MA. During the next 3 years, Mauricio studied simultaneously Film Scoring, Performance and Arranging, and graduated from the prestigious college in 2002. More recently, Mauricio has been studying Indian rhythms with the amazing South Indian guitar player Prasanna, and has studied piano and composition with jazz-instructor Charlie Banacos. He moved to New York City in 2006.

Mauricio is a critically acclaimed, award winning percussionist/drummer, the co-leader of the jazz fusion project Dig Trio. The group released its first CD in 2003, which has received great reviews from critics and audiences alike. In 2005, he was elected the best drummer at the 2005 Emergenza International Festival for Independent bands (Boston finals), while performing with the Matt Chase Group.

Best known for his musicality, impeccable time and ability to play in several different styles, Mauricio is often seen performing with some of the most preeminent jazz, fusion, pop/rock, Latin and Brazilian names in today's music scene. Mauricio is currently a member of Hiromi's Sonicbloom.