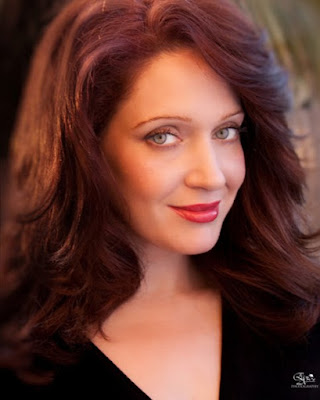 Ivette Viñas
Jazz / Fusión / Indie
Ivette Viñas, a Cuban-American singer and actress, always dreamt of having a successful performing career. Inspired by legends like La Lupe, Graciela, Sarah Vaughn, Diana Krall and Clara Nunes it is evident that she has adopted many characteristics from them, creating a captivating blend of charm and seductivness. Born in Miami, Florida, she prides herself with having studied with fine vocal and acting coaches at the New World School of the Arts Conservatory, where she studied Musical Theatre. She furthered her theatre training at the prestigious Herbert Berghoff Studios in New York City. While living in New York she began exploring the Jazz, Latin and Cabaret scene and soon became acquainted with the industry's top musicians such as Ray Vega, Hector Martignon, David Oquendo, The Rodriguez Brothers, Elayna Woods and many others who served as inspiration for finding her "sound". David Oquendo, leader of the 2003 Grammy nominated Afro-Cuban folkloric group "Raices Habaneras", spotted her in the hip "Zinc Bar" in
Greenwich Village one evening performing a jazzy rendition of an Ernesto Lecuona Classic alongside Grammy winning bassist and guitartist, Juan Carlos Formell. Taken back and mesmerized, he took her under his wing and aided in the formation of what Ivette is today, a captivating performer with star quality. Ivette has been a special guest of the 24-piece Grammy nominated orchestra, "The Tropicana Allstars" directed by German Pifferer and Juanito Marquez. She toured with them to Las Vegas with the hit show "Tropical Passions". She has also performed with Miami's highly acclaimed Big Band, the Cha Cha Cha Allstars and was a guest performer during the tribute to the legendary percussionist Candido Camero. While working at the world famous Club Tropigala, she had the opportunity to perform as the opening act for artists such as Willy Chirino, Maggie Carles, Carlos Manuel, Jose Luis "EL Puma" Rodriguez, Divine, Nelson Ned, Gilberto Santa Rosa and many others. She has also appeared as a solo artist with her jazz band in music festivals, television shows, commercials, infomercials and entertainment talk shows and performs regularly in concerts, clubs and private/corporate affairs. Ivette recorded a very well received promotional CD, titled "Ivette Viñas-Debut", comprised of Cuban Boleros and Ballads from the 1920's-1950's which gained popularity in the local hispanic market and received radio play in South Florida, as well as, Cuba, Argentina and Italy. She released her first full length Jazz/Fusion CD "Makin' Jazz" in 2006 and is currently working on her second album which will be comprised of original works and standards, scheduled for release in spring 2009 under her own label, Red Diva Records. Ivette currently lives in Miami and is the mother of two beautiful boys, Dante and Brando. She also teaches private voice and acting classes. Her other passions include naturepathy, holistic medicine and reading on alchemical sciences, hermeticism, natural vegetarian living and learning Esperanto, an international language. **Available for clubs, festivals, corporate and private events. **Please e-mail for booking information.
Web Site
http://www.myspace.com/ivettejazz