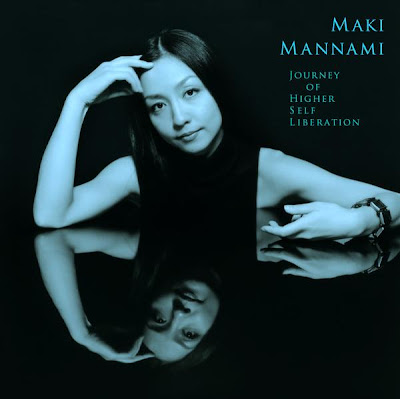 Maki Mannami
Japanese professional composer
arranger, programmer, and singer.
Her first album from Japanese label P-vine Records was released in 2006 and since then she has quite frequently performed live at Motion Blue Yokohama (The club produced by Blue Note) and the Disney owned live house Club Ikspiari. In 2007, Mannami has visited England and France for the concert tour along with the fellow Japanese professional musicians.
One track from her 1st Album was licensed from us to the German record company, CSR GmbH - The Wave Music Company and was included in their compilation album in 2007. In the UK, her 12 inch record was released and was highly acclaimed in the club music scene in Europe.
The recent album “The World Of Sense” produced by Tatsuo Sunaga (DJ Sunaga t Experience) was released in October 2008, and to commemorate the album release, she performed as the main act for the music festival, Flying Jam Summit in Tokyo. The Italian musician and composer, Nicola Conte joined the album production as a player and producer. Also, the German female musician, AGF (Antye Greie) joined the recording for the mix and vocal. Japanese top jazz musicians joined in this album such as Quasimode, SOIL&"PIMP"SESSIONS.
Couple of songs from the album has been played by Giles Peterson for his radio shows in London.
As a singer she sings various kind of style - standard jazz, classic, broadway musical, even experimental voice performance and poetry reading. The works of projects she joined has been released from different labels. As a programmer she has collaborated with BAYAKA for their remix. she has also appeared in the performance of DJ Calm as a singer. She sang the theme songs of Japanese movie "Pavilion Sansho-uo" for the duet with Naruyoshi Kikuchi, also the theme song of the movie "Antenna" which was on exhibit to Venetian Movie Festival.
As a composer, she has worked with various organizations to offer songs such as BMW, Google, Itoki.
Mannami has moved to Berlin in the end of 2008 and has been preparing for her third album.
Web Site:
www.myspace.com/makimannami