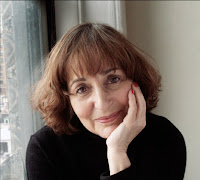 Lainie Cooke
Jazz Singer
NEW YORK, New York Estados Unidos
I met my first microphone when I was three years old. It was love at first sight. I did my first radio show at six and television show at eleven. I became a band singer at the age of 14 and sang anywhere and everywhere in Minneapolis (where I was born and raised and went to school) til I left college to come to New York City. I fell in love with New York City when I was twelve. I was with my Mom and Dad - won a city wide talent contest: First prize - a trip to New York. And there on the corner of 46th & Broadway with the cars streaming by and the lights and flashing signs, I heard a voice in my head saying, "Well, you're home now." From that point on all I wanted was to be in New York City. After two years at the University of Minnesota, as a Theatre Arts major, I finally got to follow that voice. I thought Broadway. I thought clubs. Instead I got very lucky in the world of voiceovers. It was wonderful and something about me never wanted to go on the road. So I stayed in my wonderful adopted city, became a New Yorker and have enjoyed a very a successful career as a voiceover actor using my voice off-camera for Jean Nate, Asti Spumante, Ford, McDonald's, The Daily News, Gillette, Ideal Toys, etc. and Infommercials, Industrials, TV promos etc, etc. etc. In 2002, I finally, released my first CD, "Here's to Life" on the Harlemwood label thanks to my good friends Voza Rivers and Jamal Joseph. Cadence Magazine wrote, "An exciting and beautifully executed debut CD, from a singer who has been on the scene for some twenty years without making a record. Thankfully, she finally has, and it was well worth the wait." In the words of jazz journalist Harvey Siders, "Lainie can cook on the kind of quality standards she prefers-the Porter-Gershwin-Rodgers & Hart classics that challenge her dramatic bent for story-telling. She has an unerring ear for melodic invention, and an instinctive feel for time that allows her to take unusual rhythmic liberties. And her intonation is 'right on.'" I am currently on the National and Local Board of the American Federation of Television and Radio Artists and at the Convention last week was elected Recording Secretary for a two year term. In May of 06 I completed the Feldenkrais training and am now a certified Feldenkrais practitioner. I still work as a voceover actor and I continue to coach. Some say I am one of the best voiceover coaches in the country. And now I have completed my second CD. Should have the master by the end of January. My thanks to Tedd Firth, Cameron Brown, Matt Wilson, Joel Frahm, Roland Barber and Marvin Horne for their friendship and inspired playing. And to Katherine Miller for her extraordinary ability to hear. Really hear.